Ah, my Lovers of Random… I’ve had just enough to drink after a visit to the Ruin Bars to think that writing my latest Love Letter to you is a good idea.  I will preface this post by letting you know that I’m missing “home” much more today that usual.  Between the Snapchasts from the Goddess, the FTs with the #PIC and the subpeoans from transgressions past (not my own), home is haunting me in the most delicious and tortuous sense. But I went on this trip to live a better life, so instead of delving into the delectable demons that are haunting me at the moment, let me instead tell you the tale of Prague…..
Shortly after returning from my Cali trip, Marky Mark and I boarded an overnight bus to Prague to visit the one European city I was most excited about that wasn’t a part of the Earhart itinerary.  Jet lag from Cali had set in like a fiery bitch, but I wasn’t about to let that put a damper on everything that lay ahead of us: and I’m glad I didn’t because Prague was my F A VO R I T E adventure to date, jet lag v health issues v breaking down in rando no where Czech be damned. 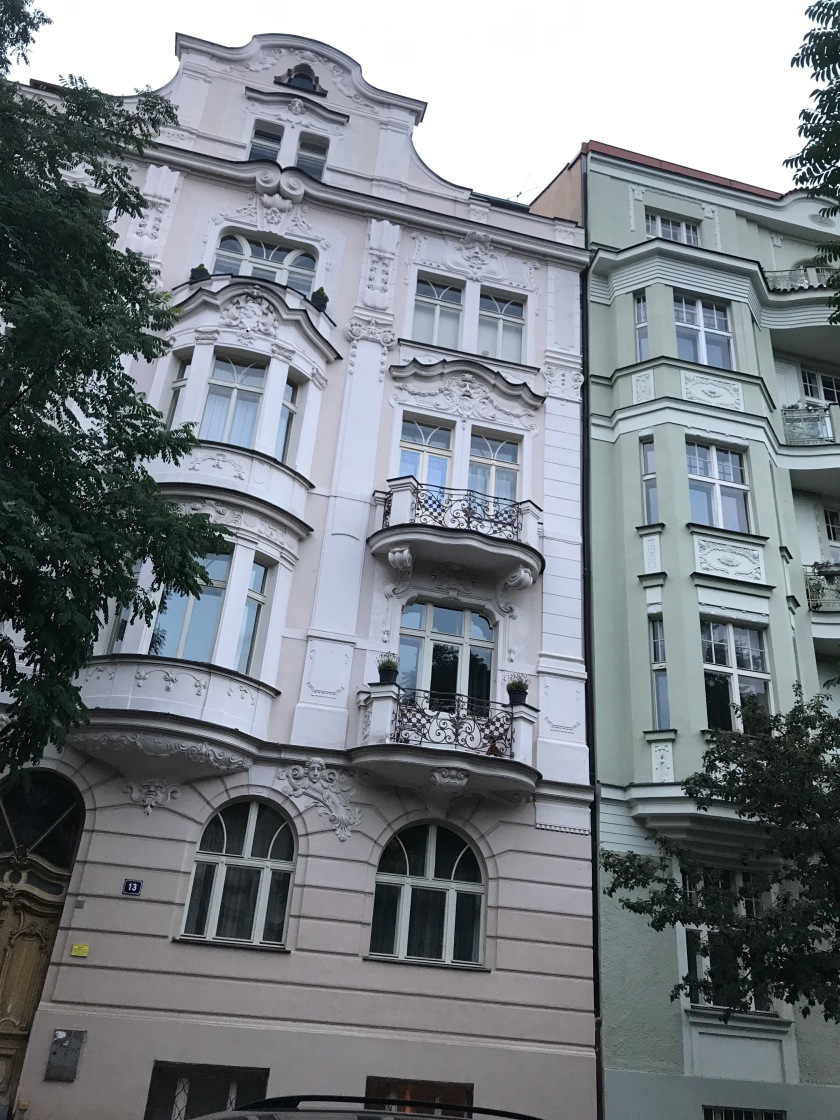 Is it Praha or Prague?  Czechia or Czech Rebuplic?  Depends on who you ask and for what reason.  We arrived E A R L Y AF and still hungover from the water bottle of rye that we fueled our trip with, it didn’ take two seconds for me to be swindled at the ATM out of my first withrawl by a guy looking for “change”.  Call it a life lesson, and my only saving grace is that it wasn’t an expensive one.  After downing some coffee and some carbs, we figure out the subway system and find our way to our hotel and drop our (my) 45lb packs and catch a cat nap before venturing out.  Friday we don’t have much leeway as we both have to work, so we meander our way to the workspace – which happens to be an old embassy – and nod off in respective corners while attempting to be contributing members of society.  We rally ourselves back to the hotel after some convos with the local team and take advantage of the wifi and D E L I C I C O U S fare in the hotel bar before taking advantage of the local *literal* underground bar scene that Prague has to offer.  These bars are epic, and the deeper you go, the deeper it gets – the music, the people, all of it.  We come across one that offers a mask with admission, so Marky adorns me with our right of passage cardboard and we dance until we can’t stand, learn that the cloves the #PIC so graciously supplied are like gold here, pour ourselves into an Uber and head back to get some much needed rest.

Being the sick and twisted fitness freak that you all know and love, I’ve already researched running routes through the sights of Prague, so once we get up and moving, Marky (bum ankle and all) and I set off for a fitness filled castle tour of Prague, including The Prague Castle, the Petrin Lookout Tower, a hidden castle we discovered, the John Lennon Wall and a super cute French market we just happen to stumble upon.  It’s Remy’s birthday, so we shimmy back to the hotel to get all fresh and clean for our dinner date with the birthday boy.  Eska is the restaurant de jour, and while the steak was over cooked, the company was fantastic.  After a sparkling birthday dessert and an embarrassing happy birthday serenade, we make an attempt at the Hemingway Bar, but get shut down without a reservation.  They shuffle us off to their sister bar (that I can’t remember the name of to save my life) where I sip on rye old fashions and toast our new friends.  Our next stop is Propoganda Bar, a straight up  speakeasy where they say eff you to the rules of bar curfews and smoking bans.  We get back to the hotel just in time to watch the sunrise, which we actually couldn’t see, but we laughed about it as we sat atop a wall that separated a mall from a cemetary – me in the hotel bathrobe over my disco ball dress to keep warm. 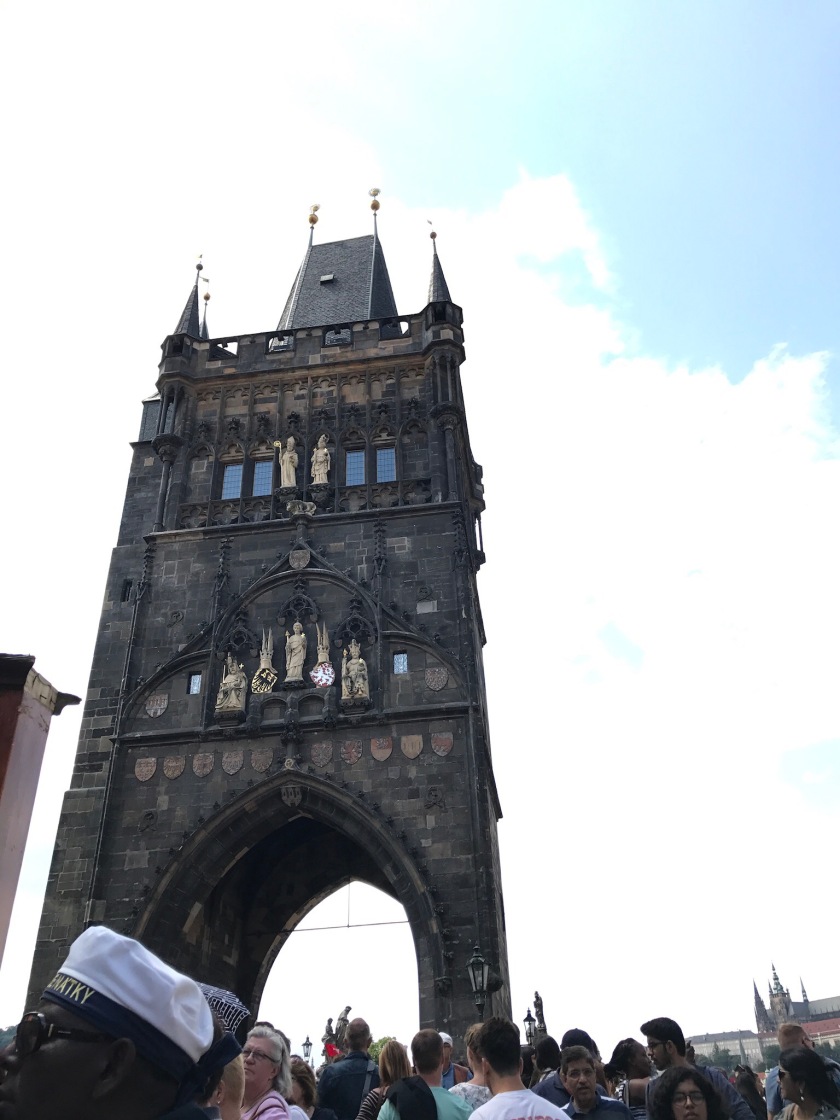 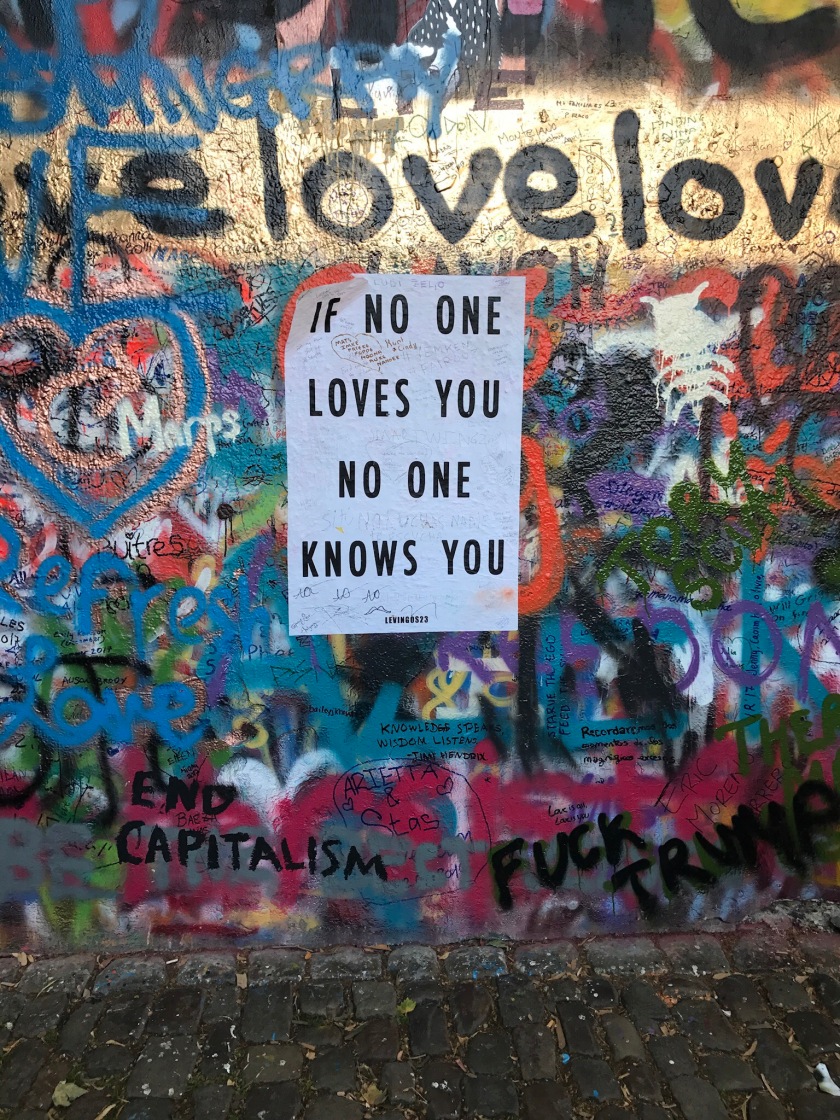 Sunday is not a good day for me as I’m racked with fever from an infection I’m powering through.  Being his awesome self, Marky lets me get some extra sleeps, after which I pull myself together and we switch to our new (swanky) hotel closer to Old Town.  Right outside our new digs is a Hare Krishna festival, but we skip the long line for free food and post up at a local spot and order the Czech specialities – Marky’s was better and I had total order envy, but he’s s sweetheart in all senses, including sharing his food.  After lunch we wander off into Old town, grab a bottle of wine and sit in the Square and people watch.  We catch the top of the hour at the Astronomy Clock and decide to catch the sunset up on Sunset Hill.  Unfortunately for us, it’s cloudy, so we suffer our second sun related defeat in one damn day, but it’s a chill atmosphere and there are no regrets.  We leave the Hill and make a second attempt at Hemingway, this time a successful one, drink craft cocktails that resemble snow globes and come in the oddest glassware before grabbing a kebab and heading back to the room. 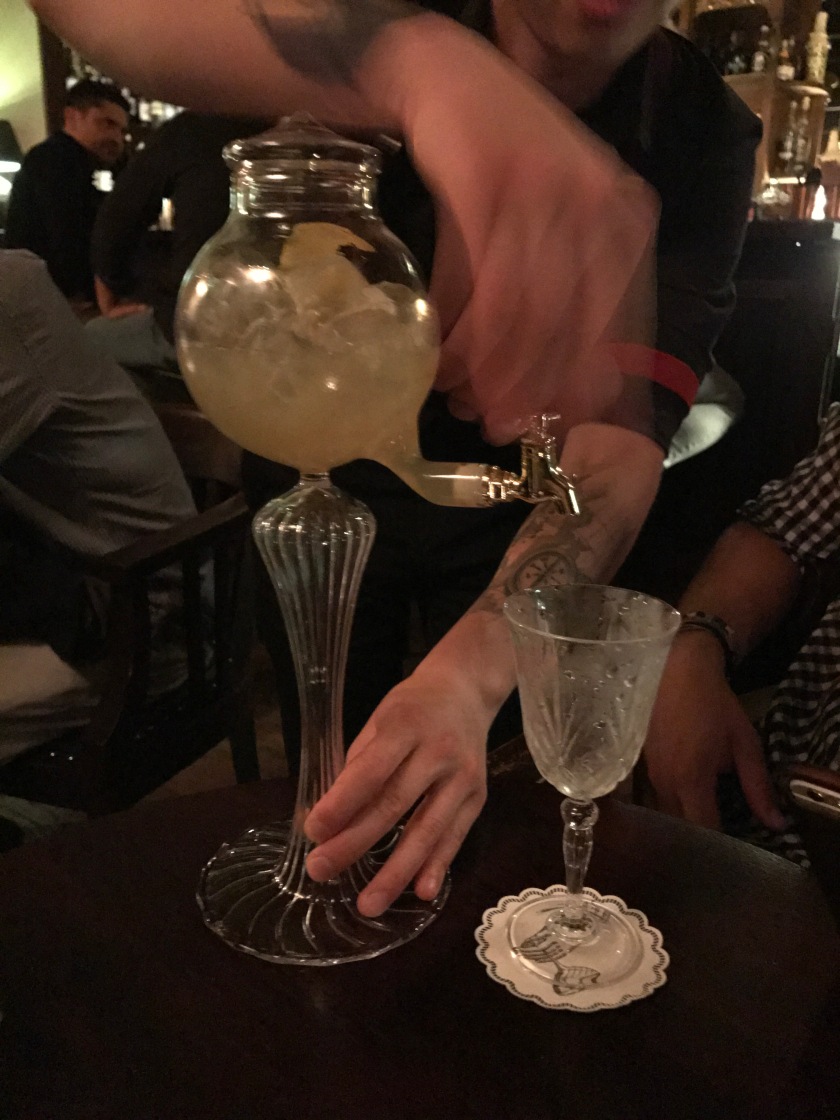 Monday brings another location change, so we grab breakfast and relocate to our Air BNB by the famous Dancing House.  Despite the pain I’m in, we lace up for another run to hit the sites we missed on our previous trek.  Back up the hill another 700ft, but worth every *literal* breathtaking second when we reach Prague Castle and St. Vitus Cathedral.  Other Hartthrobs have arrived, one of them saving my life with some meds from home, so we run down the hill – with a much quicker pace – and meet up with them for the handoff and a beer.  Needing to work, we head back to the BNB and knock out some gangster society contributing fueled by grub from the local place across the street.  After hitting it hard until nearly 3am, we grab some brews and post up in the mushroom park across the street to unwind. 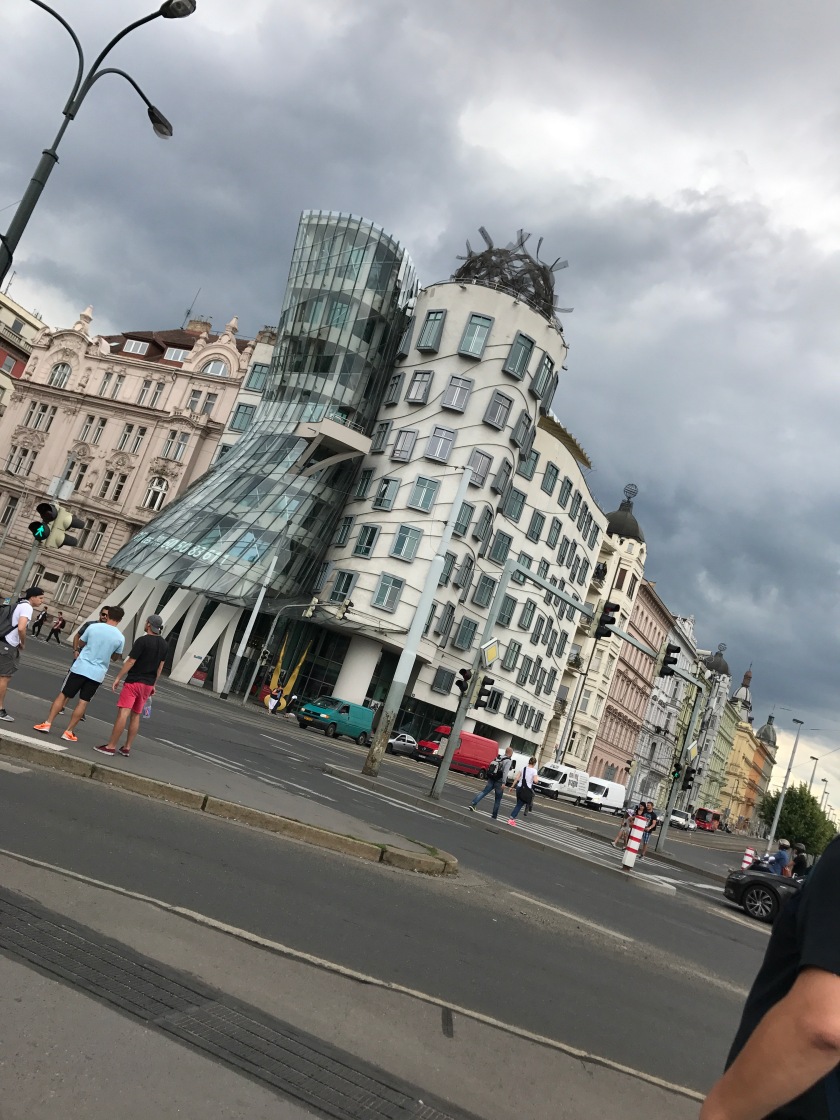 Tuesday is our last day, so we try to hit up anything we missed, but end up just walking along the river, negotiating on some Prague art and crashing an Earhart lunch before heading to the workspace.  I’ve got scattered calls and training, and Marky is up against a deadline, so I grab us some Indian food while we finish up before cutting it way to close for my comfort to get to the bus home.  Seriously, running with my backpack – not cool.

Budapest feels more like home than Split ever did, so as sad as I was to leave the ever so beautiful Prague and the unbelievable time we had there, I’m happy to be back home where I’ve already caught up with Duffs on the steps of the Basilica with a bottle of wine and attempted to find others at the ruin bars – quite unsucessfully, but I did find a second set of Harts that I crashed instead.  I’m here for a few days before heading off to Tomorrowland, so stay tuned my Lovers.  There is plenty more Random to come.  Next edition – festival style.